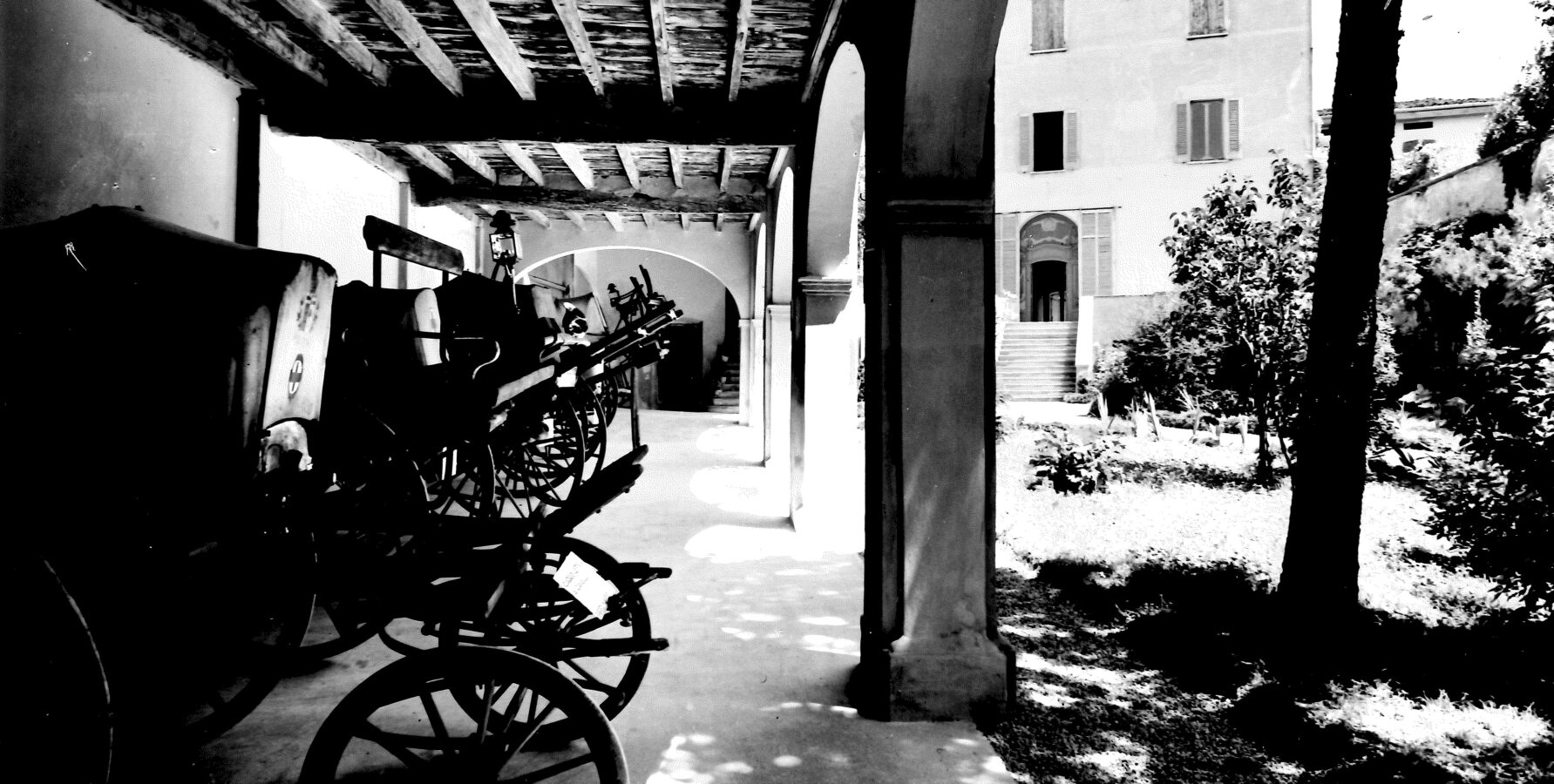 The ceremony took place one hundred years after the Battle of Solferino (1859) and the tragic events that inspired Henry Dunant from Geneva, who was struck by the generosity of the population of Castiglione in bringing aid to thousands of injured people, with the idea of the future Red Cross.

It was a Castiglionese, the Mayor of the time Enzo Boletti, who decided to create a museum to testify to the origins of the most important international humanitarian organisation.

Thanks to the contribution of the Cassa di Risparmio delle Province Lombarde (Savings Bank of the Lombardy Provinces), the Municipality acquired Palazzo Longhi and on 14th June 1960, one year after its inauguration, it formally donated it to the Italian Red Cross, with the commitment that it would be used in perpetuity as the headquarters of the Museum.

This commitment and bond with the local community continues to this day.

In 2004, the Museum was officially recognised by the Lombardy Region. 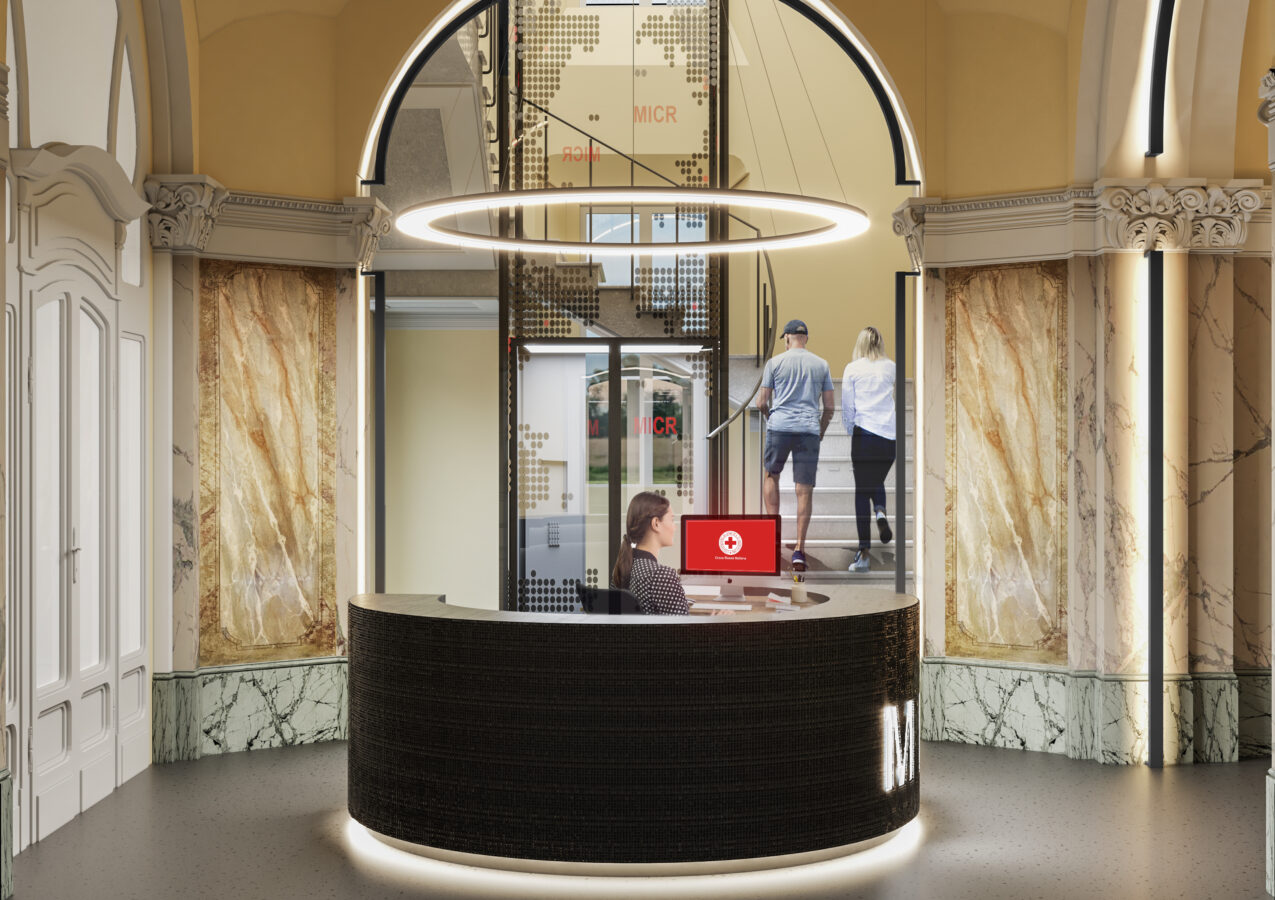 It is a necessary development to redefine the mission and objectives of a museum that not only preserves an important historical heritage, but also promotes its ideals, according to fundamental Red Cross principles such as humanity, universality and independence.

The aim is to increasingly act as a cultural centre, a bridge between institutions and the community, through a multidisciplinary cultural offering that is not limited to the visitor experience but also promotes education, dissemination and above all the sharing of stories and knowledge, generating inclusion and a sense of belonging.

The Red Cross Memorial at Solferino The Red Cross Memorial in Solferino(MN) Mantua, Italy, a few kilometres from Castiglione delle Stiviere, is closely linked to the MICR in terms of history and significance.
Located in the park below the Rocca, nicknamed the “Spia d’Italia” (Spy of Italy) and overlooking the plain where the conflict took place, it was erected in 1959 to commemorate the figure and work of Henry Dunant in the centenary of the battle.
Designed by architect Alfredo Lambertucci and restored in 2003 by the Italian and Austrian Red Cross, it is included in the “Architectures from 1945 to today” of the Archivio Lombardia Beni Culturali.

It is a living place full of meaning, a tribute to the victims of all conflicts but also a symbol of peace and cooperation between countries and peoples to safeguard human rights.

Here, every year in June, thousands of Red Cross volunteers from all over the world gather for the commemorative torchlight procession from Solferino to Castiglione. A fundamental moment of sharing that translates into a symbolic gesture: the lighting of the first torch that will give light to that of all the other participants.

The preservation of this place and its enhancement as part of an itinerary of discovery of the territory and its history are an integral part of the MICR redevelopment project and its transformation into a new cultural centre.

You can find out more about which cookies we are using or switch them off in settings.

This website uses cookies so that we can provide you with the best user experience possible. Cookie information is stored in your browser and performs functions such as recognising you when you return to our website and helping our team to understand which sections of the website you find most interesting and useful.

Strictly Necessary Cookie should be enabled at all times so that we can save your preferences for cookie settings.

If you disable this cookie, we will not be able to save your preferences. This means that every time you visit this website you will need to enable or disable cookies again.